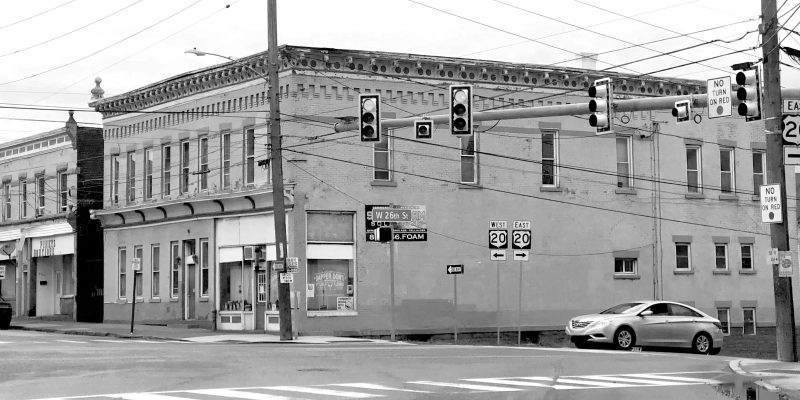 Refacing the corner of W. 26th Street and Peach Street

Help cast your vote for the facade improvements to the most up-and-coming neighborhood in Erie, Pa.

Improving the Facade at Federal Hill in Erie, Pa

Hoffman United purchased multiple units in the up-and-coming Federal Hill neighborhood in December 2017. Over the course of the next year they invested over $100,000 in interior renovations of the 31 residential units which are currently 100% occupied. Units range from one to three-bedrooms with the average rent at $575 with all utilities included. This centrally located property invests in approximately $18,000 in taxes to the City of Erie.

About the neighborhood: A historical sign tells us that Federal Hill, the unofficial name of the incline at West 26th and Peach streets, was named for the large number of so-called Federals who lived there as early as the War of 1812. Read the GoErie Article here.

When Hoffman United purchases properties in need of renovations, it is a phased approach. Phase 1 – Interior and Phase 2 – Exterior. With the help of Erie County Gaming Revenue Authority & Sisters of Saint Joseph Neighborhood Network, Hoffman United received a one-to-one funding match for the exterior renovations of the Midtown Apartments on Peach and W. 26th Street in Erie, Pa.

Exterior painting is scheduled to begin June 2020 and be completed by the end of July 2020. They have even incorporated community support by holding a social media vote for two color options that hold to the integrity of the historic neighborhood. You can participate in the vote until May 29, 2020 here.

Improving Erie one block at a time.

If you are interested in investing in properties in Erie County, or looking for residential rental space, please contact Hoffman United here.